A three-year-old girl was reportedly brutalized by her teacher in a Lagos school because she couldn’t recite the English alphabet. 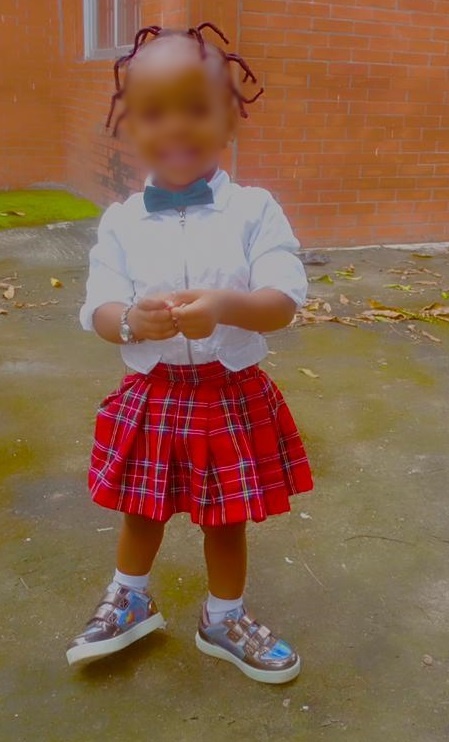 A Twitter user named @WakaWakaTailor, who claimed the young girl is his niece, said when the girl’s mother confronted the teacher, she admitted to giving the little girl 24 strokes of cane. 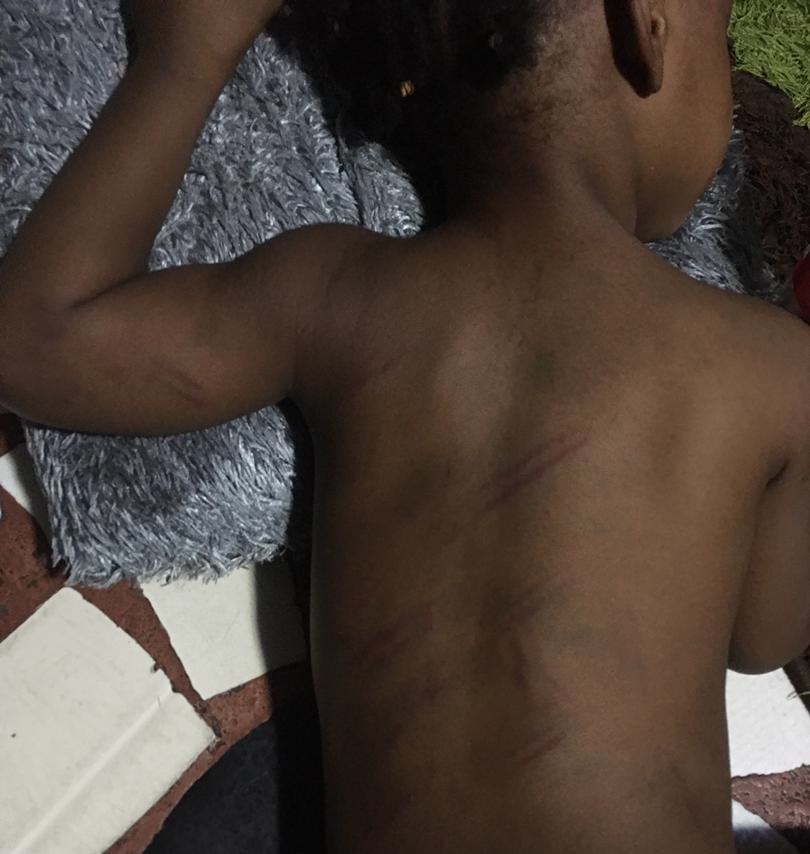 He also stated that after the incident was reported to the proprietor he accused the girl’s mum of trying to bring down his school.

“This is my 2 year old niece that was flogged mercilessly bcos she couldn’t recite the English alphabets. When my sister, the mother confronted the teacher, she boasted that it wasn’t only the girl that was flogged but others were also flogged 24 strokes each (children of below 3 years o). And that she will flog them that this one is just testing.

My sister also told me that one of her child came back the other day bleeding from the nose. When she asked her, the girl said she was flogged on the head, she confronted the school and they denied it. this one they can’t deny cos the marks of the flogging is there. The owner of the school, according to my sister accused her of wanting to bring down her school when she reported to her.” He tweeted. 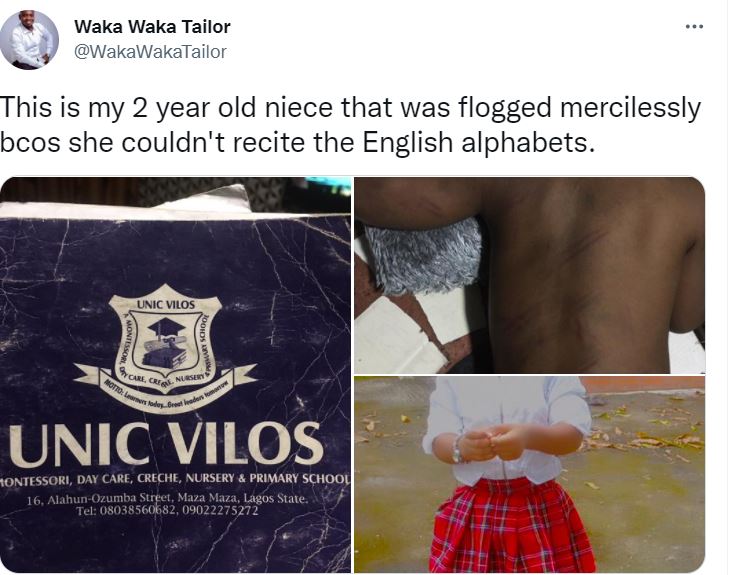 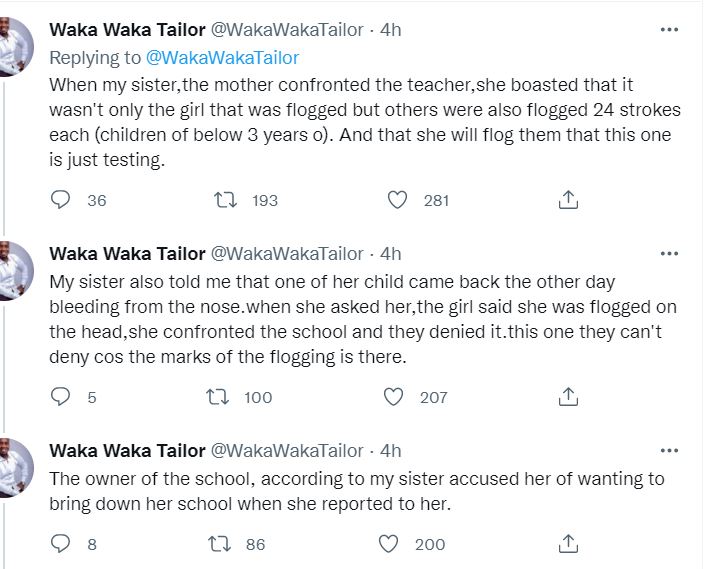