A video of a man in military uniform flogging a civilian who was presumed to be a bestie to the girlfriend of the military man has gone viral on social media.

The civilian who was severely beaten by the military man was seen on his knees begging, but his pleas did little to pacify the soldier because the beating continued. 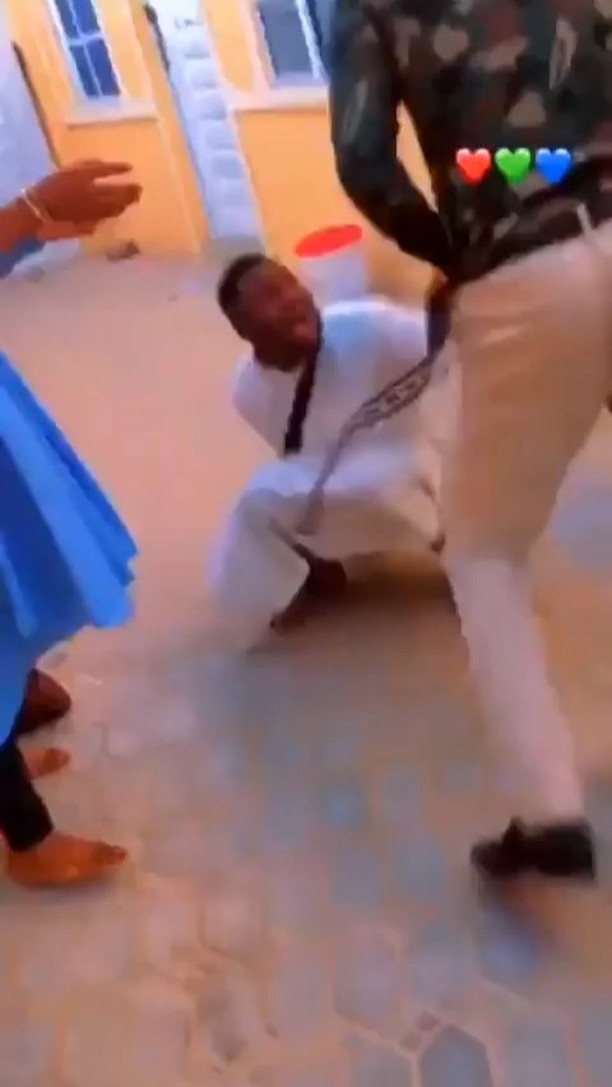 The soldier was also heard asking his girlfriend if it was her bestie that stopped her from picking his calls.

The soldier went on to hold “mr.bestie” on his neck and attempted to raise and hit him on the ground, before lifting a bucket filled with water and pouring it on him.

Witnesses at the scene tried to intervene but the soldier could not contain his anger.

READ: Dad thrown out of school board meeting after refusing to wear mask (Watch Video)

Below are some reactions from social media users ;

Matt wrote ; That woman better run ooo.. that guy will kill her

Jeffery wrote ; Contemptible! Calls for immediate disciplinary actions against the soilder. A flagrant display of abuse of power.

Mike wrote ; D guy is so foolish not to fight back. I remember d day a police officer tried harassing me bcos they were looking for my friend who fought with another girl. He raised his baton to hit me and I quickly took it from him and started beating him with it…bystanders were surprised how a girl could beat up a police man. Nigerians, start standing/ fighting for yourselves cos no one will if not u. These people in power or offices will keep harassing and molesting u if u stay down.